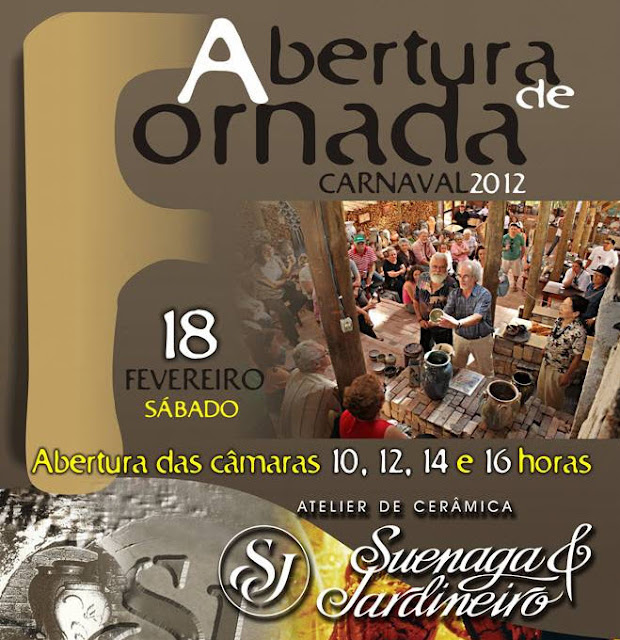 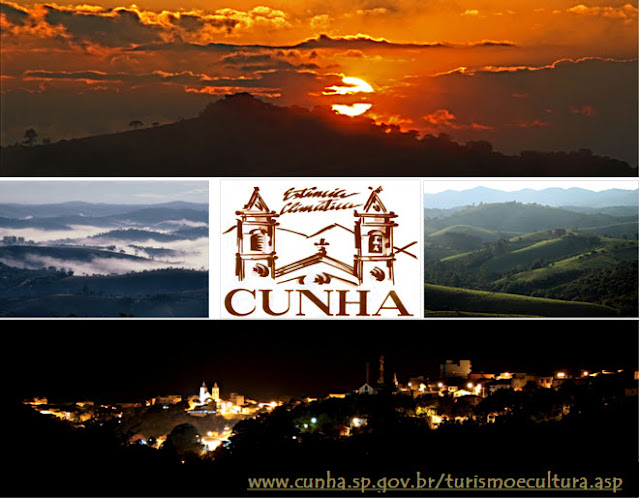 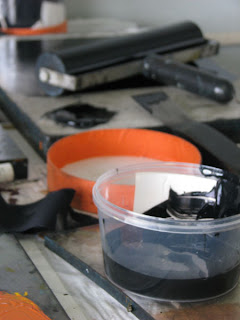 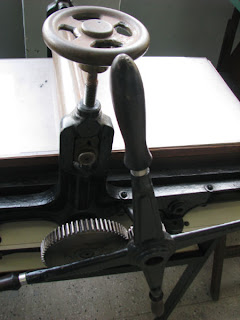 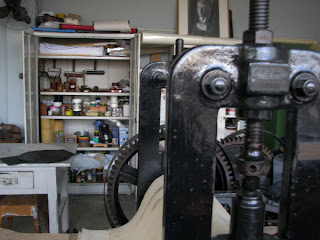 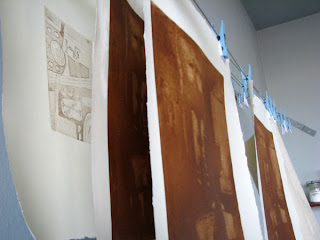 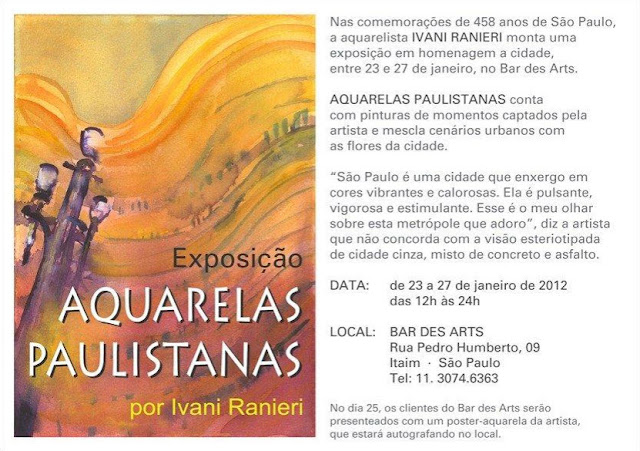 INTERNATIONAL PRINT EXHIBITION YUNNAN 2012
Bidding for Participation
Authority Culture Ministry of People's Republic of China
Organizer China Artists Association
Yunnan Federation of Literary and Art Circles
Yunnan Provincial Cultural Department
Yunnan Foreign Cultural Exchange Association
Conductor   Artists Association of Yunnan Province
Dear Artists
We are pleased to invite you to participate in the INTERNATIONAL PRINTS EXHIBITION at Yunnan Museum in Kunming, the capital city of Yunnan    province. The main purpose of this exhibition is to promote and enhance both the academic values and trends in the art field. The theme of exhibition is the modern extension from the root of art, to contribute to enrich and maintain the contemporary world artistic diversity in regional, national characteristics and independent cultural position.
Hence, we are happy to inform that this program is granted by the Government.
Venue Yunnan Museum, Kunming City
Dates June 6 - 15, 2012
The Delivery Days from February 20 to March9, 2012
Last Day for Participant Delivery March9, 2012 ( post marked date )
Awards
All winners will receive a certificate and cash reward.
•Gold Prize ( 2 ): each one with cash award30,000 RMB, total pool of 60,000 RMB
•Silver Prize ( 4 ): each one with cash award 15,000 RMB, total pool of 60,000 RMB
•Bronze Prize ( 6): each one with cash award 10,000 RMB, total pool of 60,000 RMB
Notes
The delivered art pieces that win the Gold, Silver and Bronze prizes are to be retained by the Organizer for permanent holding. The winners shall receive the above cited cash awards as well as the Certificate and Diploma for Masterpiece Collection.
House Regulations on Participants
All submitted works shall be created in resent years. Each participant can submit his or her works no more than three pieces.
•All the works should be packed in sturdy and reusable flat boards or plastic tubes. Otherwise, we are not responsible for the damage to the works.
•Each artist will be required to provide three copies of biographical and chronicle background, plus a photo of 7 inches or 120 size.
•The organizations have the rights for publication and exposure of the submitted art works.
•Each selected artist will get a Certificate of Participation to the Exhibition; and will get an Album of selected pictures.
•The artist will mark the base price for each piece of art work in dollars.
•All submitted works( except the Awards art works ) will return to the authors within three months after the Exhibition is over. The committee will pay the cost for international postage.
•The costs of coming to Kunming for the opening ceremony of the Exhibition and other related activities that will be paid by artists themselves.
•The organizing committee will enjoy the right of explanation to the selected and award-winning works.
Contact
Organizing Committee  International Print Exhibition, Yunnan 2012
Addresses  Artists Association of  Yunnan Province
No. 25 North Green Lake Road, Kunming  City
Yunnan Province  650031
Tel  86-0871-5155879
Contact Person   Yang Zebin ,Guo Liang
E-mail   ynmx001@163.com
Qualifications
Entry is to open all print artists around the world.
Entry forms may be downloaded and printed from www.ynaan.cn (site em chinês)
nesse link  http://www.ynaan.cn/DynamicLibrary/DynamicPics/200842113521616.doc
Postado por Maria Pinto às 17:24 Um comentário: Links para esta postagem

GLOBAL ART FORUM_6
The Medium of Media
March 18–19 Mathaf: Arab Museum of Modern Art, Doha
March 21–24 Art Dubai, Madinat Jumeirah, Dubai
artdubai.ae/globalartforum
The Global Art Forum, the Middle East, North Africa and South Asia (MENASA) region’s leading platform for cultural debate, expands to six days in 2012, and features commissioned projects and research, as well as live debates and presentations.
Now in its sixth year, the Global Art Forum is directed by writer Shumon Basar and is characterized by a particularly innovative and dynamic approach.
Art Dubai's Global Art Forum_6 presented by the Dubai Culture & Arts Authority and in partnership with Mathaf: Arab Museum of Modern Art (Qatar Museums Authority), starts in Doha March 18–19 before continuing to Art Dubai, Madinat Jumeirah, March 21–24.
Entitled 'The Medium of Media', the Forum is re–inventing itself this year. Along with the familiar array of lectures, conversations, discussions, and workshops, it includes a new roster of commissioned projects that precede and succeed the live days. Thematically, GAF_6 looks at the double meaning of the term 'media', both within the art world and referring to the world of publishing and reportage. Underpinning this is a look back at the past year in the Arab world, and how fundamental events have been both produced and consumed as media. GAF_6 is, effectively, a media production about media.
Over 50 contributors to Global Art Forum_6 include: LACMA director Michael Govan; Serpentine Gallery co-director of exhibitions and programmes and director of international projects Hans Ulrich Obrist; novelist and artist Douglas Coupland; writer/critic Sukhdev Sandhu; art market reporter Georgina Adam; film–producer Anna Lena Vaney; artists Wael Shawky, Shezad Dawood and Michael Rakowitz; curators Jack Persekian and Nat Muller; Demotix founder Turi Munthe; commentators Sultan Suood Al Qassemi and Yasmine El Rashidi; as well as filmmaker Sophie Fiennes with a special screening of Over Your Cities the Grass will Grow.
Commissioned projects include a series of PowerPointsTM by writers and artists, curated by Victoria Camblin, including Goldin & Senneby and Alexander Provan + Triple Canopy; a Dictionary of the Mediatized Gulf by Qatari artist-writer Sophia Al Maria; a publication entitled Some Medium Stories, edited by Michael Vasquez featuring Emily Dische-Becker, Tom Francis, Kristine Khouri; and a Media Archiving blog by Mariam Wissam Al Dabbagh. Two new collaborations between Art Dubai and Mathaf will be announced: an interactive Arabic Art Glossary, led by curator Lara Khaldi, and an Artist's Residency at Al Jazeera news network, Doha. These works will be made available, in both Doha and Dubai, at the new Forum–Forum resource space, which will include UAE research by Brusselssprout and blogger/photographer Hind Mezaina as well as works by artists Isak Berbic and Banu Cennetoglu.
The programme begins in Doha with presentations of the new commissioned projects as well as discussions on the relationship between news-makers and history-making in the Arab world, and the increasing phenomena of artists turning to the medium of feature film making.
The Forum subsequently moves on to Art Dubai, March 21–24. Here, continuing the theme of 'The Medium of Media', GAF_6 invites critics, historians and experts to discuss Marshall McLuhan's legacy; the Beatles' last ever concert; the past and future of 'Net Art'; how news shapes art and financial markets; the Crusades told through the medium of puppetry; archiving Emirati TV; and much more.
The Global Art Forum is also continuing Forum Fellows for the second year. Led by art-critic Kaelen Wilson-Goldie, the programme invites exceptional young writers from the Middle East, Asia and the UAE to interact with the rich themes and subtexts of the Fair, as well as the challenge of writing through past and present in times of political crisis.

The Global Art Forum is part of Art Dubai's discussion programme that includes Terrace Talks, a series of conversations on the relationship between the Gulf and wider Asia, and the fourth edition of The Big Idea, a dynamic, fast-paced forum for young UAE–based artists and designers.
The sixth edition of Art Dubai takes place March 21–24, 2012, at Madinat Jumeirah, and features 75 galleries from 32 countries, in addition to a new programme of artists' and curators' residencies, commissioned projects, performative tours, workshops, and the unveiling of the works by Abraaj Capital Art Prize winners.
artdubai.ae